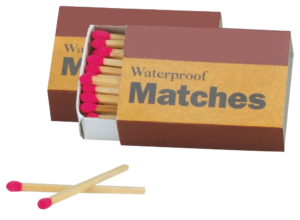 Imagine you have two sources of data, your CRM system and your sales system. Each of these contains lists of customers and / or prospects. Further, imagine that Steve Jones appears in both of these data sources…

Pretty much any matching solution should be able to tell you that Steve Jones in your CRM system is the same guy as Steve Jones in your sales system. However, what happens when Steve calls his sales rep and says, “Hey, I got sick of gmail so I’ve got a new email address. You can now reach me at steven.jones@myemail.com”.

After the sales rep diligently enters this change into your sales system, your data now looks like this…

Whoa! If you run your matching algorithms again, the system likely won’t realize that these two Steve Jones(es?) are the same person (assuming a simple case where email address is one of the factors it tries to match on). You’ve lost a critical piece of information! This is basic matching.

Under the Covers: How Persistent MDM Knows that Steve Still is Still Steve

MDM, or master data management systems, like Golden Record, take a longer term view of situations like this. We realize that Steve Jones is still Steve Jones, even if his email address changes (which is bound to happen when you’re dealing with people… A lot.)

How do we do it? Once we identify a relationship / a match, we create a master key for it. And, while it’s not necessary, we also keep track of each version of our source records over time. So, to Golden Record, Steve Jones looks like this…

While I don’t show it here (I’ll save it for a future post), the Golden Record approach has another benefit: we timestamp records when we receive them from your systems. Why is that important to you? Because it means that Golden Record can recreate what your data looked like in the past. And that can be important for a ton of reasons including things like the ability to satisfy legal requirements and the ability to build a data warehouse that reports on how your data actually looked at the time when events occurred. So, for example, if we were tracking not just email address but also mailing address, and Steve moved from Ohio to Michigan, when your data warehouse reported the trend in sales by state, it would know that old sales to Steve were in Ohio and new sales to Steve are in Michigan. Pretty nifty!

As you might have guessed, there is one limitation here: Golden Record can only make matches based on the data originally fed to it. Except in the unusual case where you send it history, it will build its first set of matches based on the earliest data in your data set. So, if Steve’s email changed before you started using Golden Record. The system might not be able to match his records. But, once you’re up and running, the system easily captures and monitors future matches, and even changes.

So, what’s the difference between matching and master data management? Both will be able to match records, but MDM will allow you to track those matches over the lifetime of your data.

Danger, Will Robinson! (AI, Analytics and the Invisible Dangers)
Scroll to top