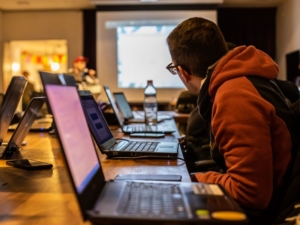 ARE DATA SCIENCE BOOTCAMPS WORTH IT?

As it turns out, this question (and variations of it) is one of the most frequently asked questions about data science that users search for via Google – as well as on other community platforms such as Reddit or Quora.

While opinions on this may differ depending on who you ask and the particular lens they are looking through, the Dataspace team can weigh in from a Staffing/Recruiting standpoint.

In order to answer whether something is “worth it”, you have to first define the end goal.

Is it learning data science? Adding to your skill set? Employability in a data science role?

Data science is a hot topic. If your goal is simply to learn more about it, bootcamps can be a good option. They’ll give you the theoretical underpinnings and applied techniques of the field. While you might be able to gain the same knowledge from just reading on the subject, bootcamp will give you a deeper experience. You’ll get access to instructors, a structured environment including target dates, and a group of folks to study with. Also, while a bootcamp certificate may not carry the imprimatur of a big name degree, it does serve as proof that you have studied the subject.

Just want to expand your knowledge base? Sure, why not attend a bootcamp? Barring unforeseen head injuries, it’s highly unlikely that you’ll walk out knowing less than you did when you started. Most bootcamps will give you a basic knowledge of SQL (sometimes called the most important tool in data science), programming (usually in Python and/or R), and analytical methods. Stronger ones will also provide a basic foundation in statistics.

When it comes to employability, there are obviously many factors that come into play – education and training being two. Many employers do evaluate the “prestige” of your education, and unfortunately you generally cannot count on a bootcamp certificate to give you extra points in that regard. (In contrast to, for example, a Masters in Computer Science from Stanford – the advanced degree and the name of the institution both carry a lot of weight).

However, we have had several candidates who were bootcamp graduates that were able to make it through both our rigorous technical screening, several rounds of client interviews, and ultimately received job offers in Data Science roles. Two, in particular, stood out:

While these candidates differed in many regards, they shared a couple of important qualities that contributed to their success:

So while it is difficult to answer such questions in generalities, in the case of these two candidates the bootcamp experience was “worth it.” They were able to use this additional training as an extension of their previously gained skills and knowledge. Furthermore, they used the opportunity to their advantage by not just practicing coding exercises and learning baseline definitions of data science methods, but sought to develop a much more holistic understanding. It was this latter quality that really allowed them to shine during interviews and stand out from other candidates – even if these others might have had more “impressive” resumes or educational backgrounds.

Are the bootcamps “worth it?” Will they really teach you data science? Will they help you get a job in the field?

The answer, in many ways, depends on you.