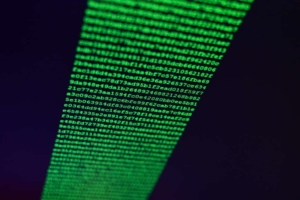 What does it mean to hash data and do I really care?

Hashing is simply passing some data through a formula that produces a result, called a hash. That hash is usually a string of characters and the hashes generated by a formula are always the same length, regardless of how much data you feed into it. For example, the MD5 formula always produces 32 character-long hashes. Regardless of whether you feed in the entire text of MOBY DICK or just the letter C, you’ll always get 32 characters back.

Finally (and this is important) each time you run that data through the formula, you get the exact same hash out of it. So, for example, the MD5 formula for the string Dataspace returns the value e2d48e7bc4413d04a4dcb1fe32c877f6. Every time it will return that same value. Here, try it yourself.

Changing even one character will produce an entirely different result.  For example, the MD5 for dataspace with a small d yields 8e8ff9250223973ebcd4d74cd7df26a7

Hashing works in one direction only – for a given piece of data, you’ll always get the same hash BUT you can’t turn a hash back into its original data. If you need to go in two directions, you need encrypting, rather than hashing.

Remember, hashing is different – you can’t get your original data back simply by running a formula on your hash (a bit about how to hack these, though, in a moment).

What Hash Formulae are Available?

There are a huge number of widely accepted hashing algorithms available for general use. For example, MD5, SHA1, SHA224, SHA256, Snefru… Over time these formulae have become more complex and produce longer hashes which are harder to hack.

Hashing capability is available in standard libraries in common programming languages. Here’s a quick example coded in Python (call me if you’d like to walk through this code – I’d love to chat!):

Notice that it’s the same as the hash value we created earlier! In the words of Bernadette Peters in THE JERK, “This s__t really works!”

However, if the system stores your password as a hash, then seeing it won’t do a hacker any good. He can see that the hash is, for example, 5f4dcc3b5aa765d61d8327deb882cf99, but he can’t use that to get into the system and look like you. He has no way of knowing that your password (i.e. the value you type into a logon screen) is actually the word password. On the system’s side, whenever you log in, it takes the password you give it, runs it through its hash formula and compares the result to what’s in its database. If they match, you’re in!

Can I Break a Hash? Can I Keep Someone Else From Breaking it?

Can hashes be hacked? Absolutely. One of the easiest ways is to access a list of words and the hash that each results in. For example, there are websites that publish millions of words and their related hash values. Anyone (usually a hacker, actually) can go to these sites, search for a hash value and instantly find what the value was before it was hashed:

To protect against this, security professionals use a technique known as salting. To salt a hash, simply append a known value to the string before you hash it. For example, if before it’s stored in a database every password is salted with the string ‘dog’, it will likely not be found in online databases. So, password salted with dog (i.e. passworddog) and then run through the md5 calculator becomes 854007583be4c246efc2ee58bf3060e6.

To use these passwords when you log in, the system takes the password that you enter, appends the word ‘dog’ to it, runs that string through the hashing algorithm, and finally looks up the result in its database to see if you’re really authorized and if you’ve typed in the right password.

Hey Ben, Do You Know of Other Cool Uses for Hashing?

Why, yes, there are some other great uses for hashing beyond storing passwords. Here are two:

OK, this one got a little out of hand. I was asked to write a short paragraph for our monthly email and ended up with four pages of text. Thanks for hearing me out. I just think the concept of and uses for hashes are way cooler than most people realize.

If you’d like to talk about hashes, Python, data science, big data, or World War II aviation, please get in touch – I’d love to chat!