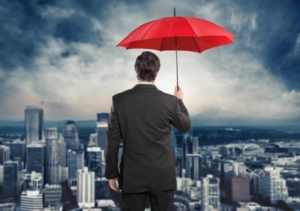 Actuary, data scientist, or just a guy in the rain?

The Difference Between an Actuary and a Data Scientist

The hot new thing, data science, isn’t so new after all. Since the advent of modern actuarial science in the late 1980s, insurance companies have relied on actuaries to use math and statistics to anticipate the future.

“A data scientist is a statistician who lives in San Fransisco” #monkigras pic.twitter.com/HypLL3Cnye

What Actuaries and Data Scientists have in common

Actuaries and data scientists share many of the same responsibilities and have similar educations and skill-sets.  They use many of the same techniques when analyzing data  to make informed predictions about the future. Techniques include statistics, data visualization and pattern recognition.

Both can never get enough data – the more they get, the better chance they have of improving the predictive ability of their models. For example, consider the rise in importance of vehicle telematics for actuaries and data scientists alike. Vehicle telematics describes the systems that connect cars to the outside world, allowing them to communicate with other vehicles and pedestrians, physical infrastructure and the cloud to provide drivers with an enriched experience and to provide researchers with data sets about driving habits.

It is telematics technology that has provided the abundance of data that allows data scientists to, for example, optimize the behavior of autonomous vehicles and teach them how to behave better in relation to their surroundings.

At the same time, insurance companies have identified an opportunity to use telematics to adjust premiums based on driver behavior, a technique known as usage-based insurance (UBI).  By making real data about user’s driving behavior available to actuaries, they can provide lower prices to responsible drivers and penalize those who display unsafe behavior while driving.

Where Actuaries and Data Scientists differ

Actuaries are found primarily in the insurance industry, where they focus on predicting the possibility of loss, estimating the cost of that loss, and proposing prices to charge that will allow the insurer to cover that loss and still make a profit.  For example, an actuary might be tasked with answering the following question: given information about renewal rates and claims volume on different insurance policies and the popularity of these policies across different populations, what is the lowest price we can charge for our policies and still expect to make a profit?

A data scientist, conversely, can be found in virtually any industry and would be tasked with a much wider array of problems to solve.  Designing the questions themselves is often just as important as finding the insights that the answers reveal.

A data scientist, by contrast, is often formally trained in statistics and programming, but there isn’t (yet) a formal recognition or testing of their abilities.

Actuaries generally make use of SAS, Excel, VBA, and SQL on a frequent basis and also have additional knowledge of finance industry software such as MoSes and Prophet.

A data scientist is probably more programming savvy than the average actuary and generally have solid command of the previously mentioned languages in addition to C++, R, Python and NoSQL databases (Hadoop, etc).  While actuaries may fall short of data scientists in terms of programming ability now, it is likely that the actuaries of tomorrow will develop a broader skill set to become more competitive with data science professionals.

The purpose and goals of an actuary are strictly financial, and most of the problems they solve directly impact their companies’ bottom lines.

Data scientists, conversely, address problems that hopefully impact the P&L positively in the long term but not necessarily immediately.  For example, their solution could involve optimizing the customer experience in some way to improve the reputation of the brand, the financial impact of which might not be felt for many years down the line, but which would certainly translate into increased revenue for a company.

Actuaries have a massive advantage in that their knowledge is very insurance industry-specific.  While data scientists are often expected to have stronger business acumen than the average statistician or programmer, they work across many industries and most certainly wouldn’t match the level of insurance expertise that a certified actuary would have.

Which profession has a greater prognosis in terms of utility and survivability?  Many people believe actuarial science will merge into the data science profession and it is conceivable that many actuaries would love the flexibility of working across industries as opposed to being pigeonholed into the insurance space.

Regardless of what the future holds, predictive analytics & big data is the place to be nowadays!

Something data scientists and actuaries can agree on

All data scientists and actuaries work with multiple data sets. These data sets frequently come from multiple different places, like databases and spreadsheets. The problem is that these data sets usually don’t include common keys. In other words, for example, there’s no way to tell whether a person in system A appears in system B or spreadsheet C. To solve this problem, Dataspace now offers a product to find these matches so data scientists, actuaries, and in fact anyone who needs to see an integrated world can tell when related records occur in across these data sets. The product is called Golden Record and more information is available on its website.

Trying to get more insights out of your data, or struggling to adopt a data-driven strategy? If superior staffing or consulting is the right formula, give us call at 734.761.5962 or send us an email at info@dataspace.com !

Do you need real-time business analytics? Start by asking yourself these 4 ...