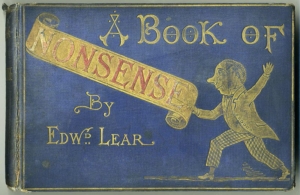 Resume Fraud: If you’re going to copy from another resume, make sure that one makes sense!

So, this line appeared on a candidate resume I was reviewing today…

Migrated the Django database from SQLite to MySQL to PostgreSQL

In fact, it appeared on resumes for two different people I reviewed today. And, a quick search of our past candidates database indicates that it appears on at least five other resumes!

Let’s get into the potential fraud issues in a bit but, before that, what does this line even mean? Django, a framework for writing Python web applications can, indeed, interface with databases.

… And, SQLite is a database, albeit one usually used for desktop applications and for testing (think, perhaps, of just the database part of Microsoft Access).

… And, MySQL is a database that is more appropriate for multi user applications so, perhaps migrating a database from SQLite to MySQL makes sense if you’re moving an application from a local development environment to a shared test or production environment.

… But, what’s this hanging additional part about PostgreSQL? PostgreSQL is a competitor to MySQL.  Does it make sense that you’d be migrating into MySQL AND PostgreSQL? Perhaps, I guess, if you were testing different options. But, if that were the case, wouldn’t you state it explicitly? Wouldn’t you say something like, “Tested MySQL and PostgreSQL as potential replacements for SQLite?” The way it’s phrased here it looks like you moved data from SQLite to MySQL and then to PostgreSQL. Why? Did your client just adore spending too much to build an architecture with too many moving parts?

So, I’m kind of a database guy (which, along with the fact that I’m also a former / recovering CPA makes me, perhaps, the most interesting man in the world). I suspect that the folks who send us these resumes don’t expect that the folks reading them will know what they’re talking about. Perhaps they feel that if they load enough meaningless bullet points onto resumes we’ll just tire of reading and hire the candidate?

It’s pretty obvious but there are at least two things that strike me as likely fraudulent with the current resume:

To me this is a pretty obvious attempt to load resumes with keywords. In this case the providers managed, in one line, to get the words Django, SQLite, MySQL, and PostgreSQL onto these resumes. While it seems of little consequence to them, they also wasted my time as well as that of my staff.

Why this is important

Beyond the fact that this situation, which we see almost daily, raises my blood pressure, here is why this is a bad practice and really needs to stop:

OK, you caught me on a morning when I’m growing increasingly frustrated by the attempts to deceive us. In the end, I’d provide the following advice to candidates and the firms that market them: Have your candidates write their own resumes. You can review them and even help wordsmith them but if your candidate hasn’t done the work, DO NOT PUT IT ON THEIR RESUME!

What do you think? Do you think this is another case of someone trying to fool us with resume fraud or am I misinterpreting? Do you have examples you’d like to share? I’d love to see them! Leave your comments on this post or send me an email at Benjamin.Taub@Dataspace.com.

Resume Fraud: Would This Company Use This Software?